With training camp right around the corner, the TRU WolfPack men's soccer team just got stronger.

Head coach John Antulov and the Pack announced that two highly touted backs would be joining the program. Port Coquitlam-born Cole Rosenlund and Callum Etches of Romiley, Stockport England are the newest faces joining the roster. 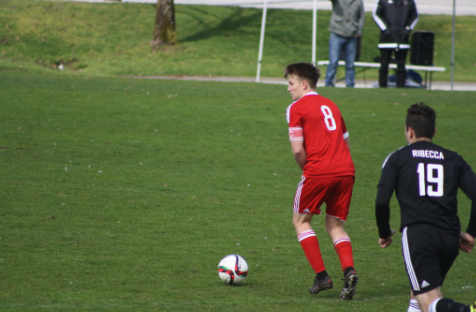 "I chose TRU because it is a great school and I have heard many great things about it from WolfPack goalie Jackson Gardner," said Roselund. "Being able to play university soccer has always been a dream of mine and getting to play for the WolfPack is a great opportunity that I am very excited for. It has a great coaching staff and the players are all at a high level, so it will improve my game."

Etches is a 6'0" centre back who attended Werneth School in England before signing with Oldham Athletics. He was looking at Cape Breton, MacEwan, and some U.S. schools before going with TRU.

"I have seen U SPORTS competition and was happy to see the competitiveness. I can't wait to get started," said Etches.

The two are set to see their first action during training camp which starts on August 1st.

Wed
18℃
Make Homepage Advertise with Us

2 people arrested after getting caught feeding coyotes in Stanley Park