British Columbia is set for an “excellent and extended ski season,” according to the Weather Network.

The forecaster said abundant mountain snow from early storms looks likely to combine with cool spring temperatures to make it a memorable year on the slopes.

Meteorologists at the network said British Columbians should expect a “come-and-go winter” with patches of mild weather followed by chillier stretches.

There’s a “heightened risk” of some periods of severe cold, too. 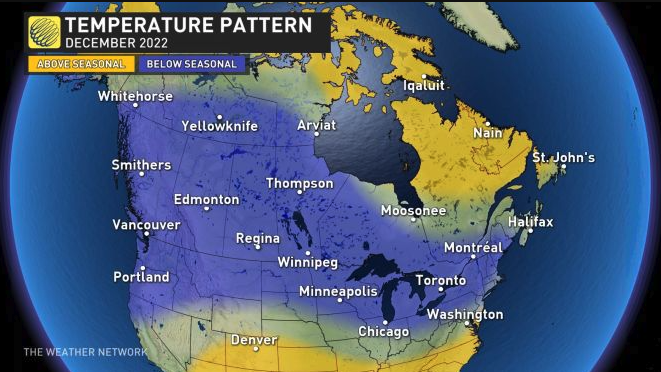 “This will result in near-normal or slightly colder-than-normal temperatures for the season as a whole,” the Weather Network explained.

“This should also bring an abundance of snow to the alpine regions, and at times we expect substantial snowfall across lower elevations as well, including Vancouver, Victoria and the Okan[a]gan Valley.”

Atmospheric rivers are also anticipated, but the Pineapple Express is less likely.

“This means we should see fewer storms that bring rain to alpine regions,” the forecasters said. 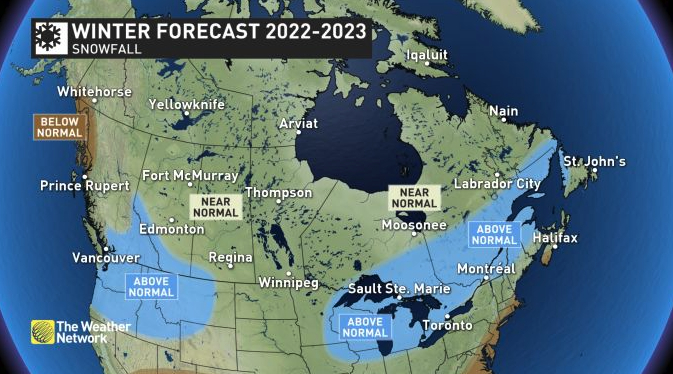 “Additionally, at this point it also looks like temperatures during early spring will be on the cool side of seasonal. This should set the stage for an excellent and extended ski season.”

Meanwhile, a colder-than-normal start to winter is expected across most of the rest of Canada.

The network’s winter outlook says a La Niña – a weather pattern characterized by cold ocean temperatures in the equatorial Pacific Ocean – is returning for a rare third winter, likely meaning colder and snowier weather through December.

But for those lamenting the season ahead, chief meteorologist Chris Scott says January and February will offer some respite from a front-loaded winter as spells of milder weather transition between Western and Eastern Canada.

He says Ontario and Quebec are on track to be cold and snowy for most of December and feature some messy storms, but the region is also expected to see two-to-three week periods with potential for thaw. 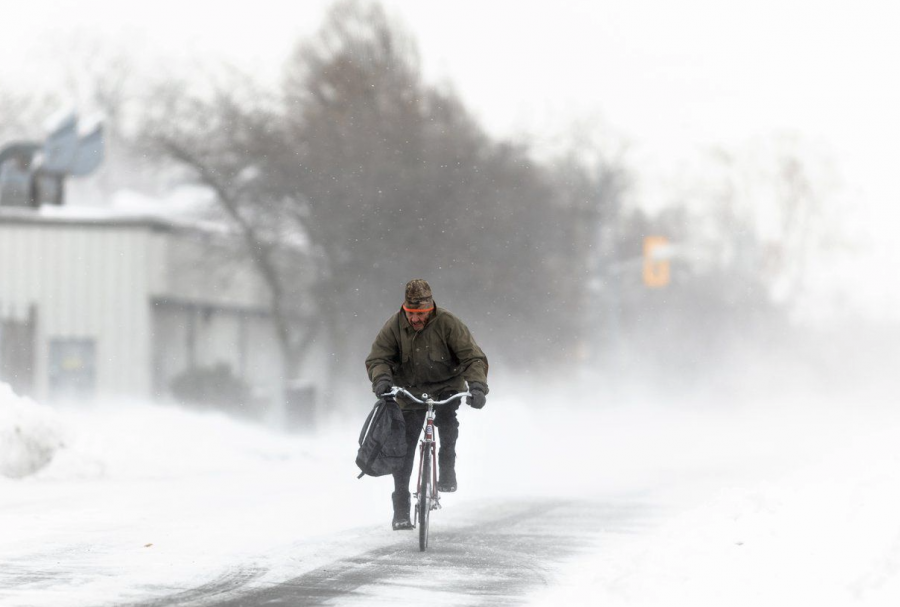 "If you're worried by this forecast, thinking, 'Oh my gosh, I just can't deal with four months straight of cold and snow' – it doesn't look like that for most of the country," Scott said in a telephone interview.

"When it comes it's going to be intense and then we'll have some pretty significant breaks during the stretch."

Scott says January and February will be pivotal months in deciding whether this winter will be exceptionally cold and snowy, noting forecasters will have a better sense of what to expect during those months near the end of December.

– With files from Canadian Press